How to Live Your Passion to Fuel Your Business to Millions 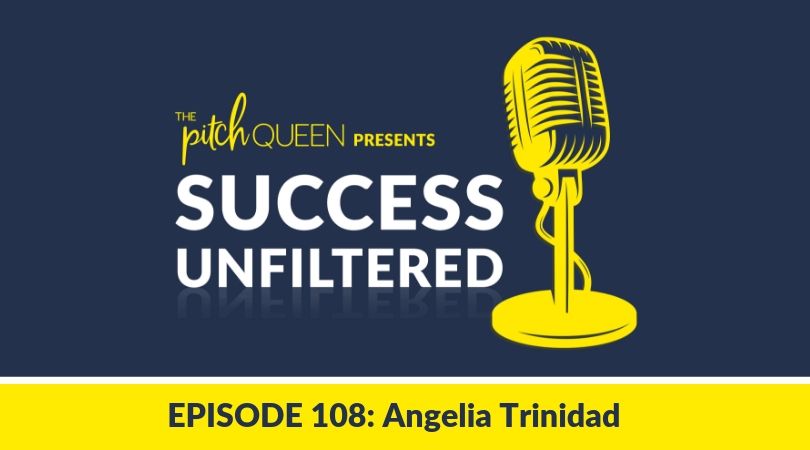 Do you have a team in your business? Those people who support you and help you live your passion? They’re the ones who help you through the tough times!

I’ve had great teams that have helped me during many tough times in my business.

Working in the food industry with FITzee Foods meant that if there were any ingredient recalls, we’d have to recall the full meal container. When Sysco recalled some green peas that were used as an ingredient, we had to take action. That meant my entire team would have to reach out to people, ask them to throw away the kit with the recalled ingredients, and refund their money.

We’d have to be transparent with our customers to provide the best service. By communicating with my team, and working together, we were able to help each other in our mission.

I have the same support even today.

Each week when I create this podcast, I don’t do it alone. I have a team of people who help me. They all have taken my mission with the The Pitch Queen and adopted it as their own. They allow me to focus on what I am best at; creating content to help serve you! Which has allowed me to live my passion.

Angelia Trinidad, a guest on the Success Unfiltered podcast, is the creator of the Passion Planner, which raised nearly $700,000 on Kickstarter. She learned very quickly about the value of transparency and vulnerability with her audience.

Failure Can Lead to Live Your Passion

Angelia didn’t always dream of creating a “paper life coach.” When she graduated from UCLA, she didn’t know what was next. Her dream was to be able to create a passive income channel so that she could write, and travel the world.

She started a website for her macaroon business but quickly found out that the food business wasn’t for her.

First of all, she discovered that she didn’t like baking. Then, she realized she wasn’t making money. But, since Angelia wasn’t a quitter, she pushed forward with her business.

As a small bakery, she’d didn’t have money to hire out the work, so she was doing all the work, and VERY quickly becoming burnt out. A few friends helped her through that time, but she was ready to quit.

While vacationing with her family, she took time away from baking. This time away led her to discover it was time to quit baking.

“I was so much happier not having to do something I didn’t like to do,” she says. “When I got back, I told myself I needed to quit and really need to focus on something that fulfills me.”

Angelia sat down with a piece of paper, and asked herself: what do I really want out of my life?

Through the power of brainstorming, she realized the thing that had helped her most when overwhelmed or busy… Her trusty planner.

But it wasn’t exactly perfect for what she was looking to do, so she designed the Passion Planner.

The Creation of the Passion Planner

The Passion Planner was born from that uncertainty, to be a “paper life coach.”

“It pretty much asks you what you want out of life and helps to create it step by step action plan to get there,” says Angelia. “After people use the Passion Planner, they feel a lot more confident. Some even feel like they have some sort of direction in life. They learn that their every day is helping them build the life that they always wanted.”

Unfortunately, the Kickstarter campaign to launch the Passion Planner didn’t go off as smoothly as hoped.

It was a success, as thousands of people said YES to the Passion Planner. The campaign went viral and sparked a lot of social media attention.

However, when orders were being fulfilled, ship port strikes at shipping hubs delayed the planners from being imported, leaving roughly a hundred thousand people waiting for their planners.

“I had to be extremely transparent with my community what was going on,” says Angelia. She posted updates on Kickstarter frequently, keeping her backers and supporters informed.

They ended up ordering more, to fulfill their orders, and bringing them in by air. While the costs for this were more than $170,000, it was worth it to serve people.

Thankfully, all the orders were fulfilled, but Angelia learned some important lessons for her business, that she maintains even today.

“Not everyone is going to love you when stuff like this happens,” she says. “But there will be people that will love you and they will be lifelong customers …  this whole process really made me show my human side. I think that a lot of people really connected with me as a person, as well as my company, to really show there’s a human person that’s just trying to do good and trying to do their best.”

After the Passion Planner went viral, Angelia had to refocus. She had success, but it had exploded her world.

“I went from $60 in my bank account to $2.5 million,” she says. No mentorship through the process meant that she had to make tough decisions.

This included layoffs when things settled down after the initial surge from going viral.

She had a team of about 50 people but only had work for 20. That meant that hard decisions had to be made, and layoffs had to happen.

“Going back I would have been a lot more transparent,” Angelia says. What made this even harder was that many of her team members were also friends.

“Communicate every day,” Angelia advises. “Even though it’s not the most fun thing to do, it’s integral to not only working with your friends but working with anyone.”

Who is on your team and supporting you in your business? How are you transparent with them, and making them feel like they have a part in it?

Give them a shout out in the comments, and make sure to share this post with them – I’d love to learn more about who it is who helps spark your passion!