The Importance of Persistence in Sales 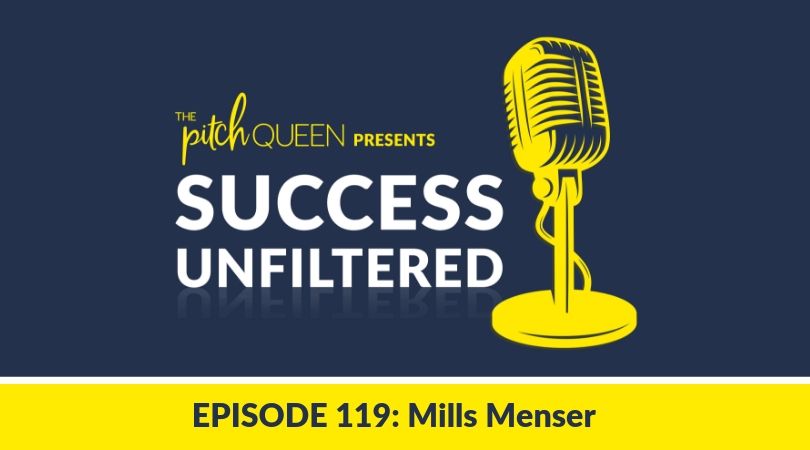 What is the most important thing to have in sales? Some people think that it’s all about their degrees and knowledge. Others think it’s all about the idea or the product. I have good news for you: in sales, there’s one thing that stands between you and a YES! That is your persistence in sales!

Persistence in sales allow you to push past the countless NO’s and be able to continue to be “professionally annoying” and keep following up – even when it’s hard!

I mean, if this was easy, everyone would be successful, right?

Throughout the years, my tenacity in sales and my ability to keep moving forward has served me far more than any college degree, education, or even any business idea that I have had!

Mills Menser, a guest on the Success Unfiltered Podcast, knows that the secret to sales success lies in persistence and grit. When he pitched his idea for Diamond Banc to potential partners, he had to spend countless hours following up – and that was just to make sure that they had gotten the video pitch, not to see if they were a YES or NO!

Have Grit in the Face of NO

Mills Menser was ready to disrupt the jewelry industry.

Even at the age of 24, he knew that he had what it takes, and offered to buy his father’s company.

It would be a good deal, after all. He’d buy the company, it would remain in the family, the rented space was in a building his father owned, so he’d get the income from the rent.

Win-win! Even the bank was ready to fund Mills.

He convinced his father, got the letter of intent from the bank, and all was well, until 3 days before closing, when the bank called.

The manager who had told Mills YES was distraught – his financing had fallen through. The upper management felt that a 24-year-old, even with his experience running the family business, was a risky investment, and said NO!

In this moment of NO, Mills had a few choices. He could try to get creative, or he could give up. The bank wasn’t able to give him the money, so where could it come from?

Here’s what Mills did:

Waiting 24 hours gave Mills time to think clearly and come up with a strategy.

He decided to propose a financing plan where he would pay his father (instead of the bank), and have a higher interest rate than planned. Instead of the bank getting the interest on the money borrowed, it would go to his family instead!

Mills knew that this wasn’t typically how things worked, but this was his only chance. He knew his father would either take it or leave it!

When presented with this option, his father said YES!

Mills’ perseverance in sales in the face of NO meant that he got a YES. We can learn two important things from how Mills handled his NO.

With only 3 days left until closing, Mills didn’t have a lot of time to wait, but he still took 24 hours. He described himself as feeling numb during that time.

By waiting to take action, Mills was able to step back, take a look at the situation, and look for a creative solution instead of having a potentially emotional response.

# 2: Get Creative in Finding Solutions

There’s nothing wrong with traditional financing – in fact, Mills recommends it over creative financing, or working with investors. However, in this situation, it didn’t work out.

Mills was able to be persistent in finding the right solution for the purchase, but he had to think outside the traditional way of doing things!

Have Persistence in Sales

Mills told the story about when he launched Diamond Banc, and how he pitched his potential partners and investors. He sent them a package with a video presentation and invited them to be part of this revolutionary idea.

It seemed like a NO-brainer – but what Mills did NOT anticipate was the amount of follow up it would take just to see if the right people had even gotten the packages!

Once the package was out of his hands, it was outside of his control! For a long time, Mills spent at least two hours a day in follow up.

When it comes to sales and follow up, remember this: it takes 10 times as long to do the tasks at hand as you may have anticipated, and costs 10 times as much as you plan.

It’s not enough just to call a potential client one time, or to email them one time. You have to maintain your persistence in sales and reach out multiple times.

If they don’t think you’re annoying, you might not be following up enough!

Those two hours a day that Mills spent following up felt long and hard, but ultimately, they were what led him to a YES, and a business partner that he still works with!

In sales, your persistence and grit in sales in the face of NO is your greatest asset and will get you through. It doesn’t matter who you are, what education you have, or how much money you have. At the end of the day, it comes down to “who is willing to persist.”

How tenacious are you in sales? Do you agree that grit and persistence are the key qualities of a successful salesperson? Why, or why not? Tell me in the comments below!