Patience is One of the Secrets to Successful Sales 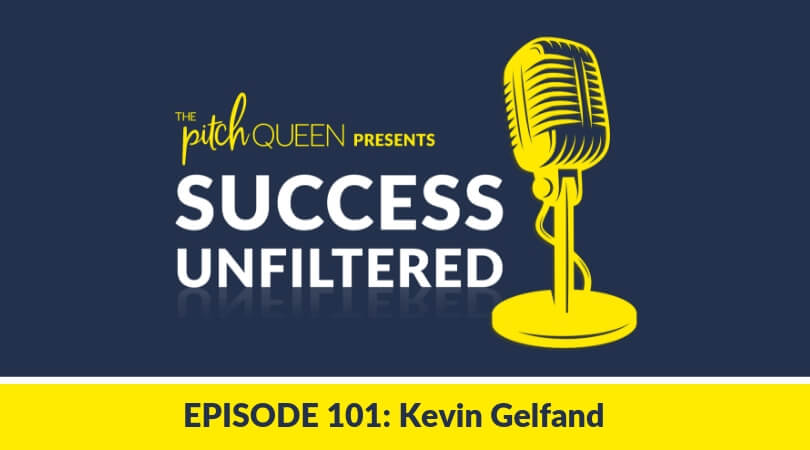 Do you have a product-based business? This is a tough industry, with permits, and contracts. So many different parts of the business are out of your control. Want to know how patience is one of the biggest secrets of successful sales?

When I was with my former company, FITzee Foods, I had to learn to have patience because so many parts of the business took double the amount of time I expected. Even after you hear a YES, sometimes it can take weeks, months, and even years before you see progress and increase sales success actually happen!

I learned that no matter what, it was always a good plan to double the amount of expected time for a project.

Planning to launch a website in 45 days? Plan on it taking 90 days. When we got into Vitamin Shoppe, I knew to add 45 days to my expected timeline of the launch of our product in a ten store test. And if we planned to launch a product in 90 days, it was always smart to plan on 6 months instead.

This is where entrepreneurs need and must practice patience. At the end of the day, you can only control what you can control. If you can let go of that, and overcome the mystery of successful sales, (having patience in the process), you’ll be able to get creative in your business, and see your sales rise!

Kevin Gelfand, a guest on the Success Unfiltered Podcast, found himself in the middle of some long sales cycles – including one that was nearly 5 years long!

However, when he was patient, he saw explosive results and increased revenue.

Creativity in the Sales Process

“You’re being too pushy,” the email said.

Kevin only needed one more YES to get this new location of Shake Smart opens. Only one person stood in the way, but she kept saying NO!

He’d sent an email, waited a month. Sent another email. No response for a month. Finally, he had a response to his third email, although it wasn’t the response that he was hoping for.

Creativity was going to be the key to counteract his “pushy” nature and help show that he was just a guy with a dream and a business that was perfect for this location.

When opening Shake Smart locations on college campuses, Kevin had to get more than one YES. In fact, he typically had to gather up to seven YES’s before they could proceed with the new location opening.

Over the course of several years in the business, he had learned strategies to get those YES’s more easily.

He’d start at the top, and the YES tended to help pave the way for the rest of them he heard.

But this one YES eludes him, even today. But Kevin isn’t discouraged, because he’s patient – and learning through the process.

“You don’t want to be repetitive in sales,” Kevin says. “If it didn’t work the first time, it’s not going to work.”

He’s chosen connections and creativity: once, he sent a college a package of protein powder and a recipe. He’s sent the college administrator a list of all the other colleges they are working on, with a space for this college on the list, and the caption “you’re the only missing one now,”

Even after 5 years, he still hasn’t heard a YES – but he’s planning more creative ways to reach out.

They’ve connected on a human level, and respect each other, and it’s become more fun for both of them, as Kevin has embraced creativity in the sales process.

From Patience to Sales; one of the Secrets of Success in Sales

The process of setting up any business takes time, but Kevin found that it always took even longer than expected.

Circumstances outside of his control could lead to longer waits to open new locations. Long wait times for permits, construction taking longer than expected: Kevin found many opportunities to “stretch his patience.”

One particular location was taking 4 and a half years!

Just when they thought that the wait was over, something else would delay the business. It almost became a joke, and they wondered sometimes if they should focus elsewhere.

That patience for the business paid off: that location quickly became one of their strongest locations, bringing in the high sales from the beginning.

It all took longer than expected, but the hard-earned lessons of patience have exploded the sales of the business.

The key to successful sales for Kevin was remaining patient through it all!

Shake Smart started in San Diego with one kiosk and three employees. Now, it has 175 employees in California, Texas, and Florida, and has generated $4 million in revenue.

Finding (and Staying in) Your Niche

When an opportunity came to set up a franchise in a nationwide fitness chain, they jumped at the opportunity.

While in his gut, Kevin knew that college campuses were his niche, he couldn’t resist the change to open up opportunities for potential faster growth.

Kevin and several team members set up a location in San Francisco and quickly found that it was not a good fit. The minimum wage was raised shortly after the location opened, and they found that the revenue was not enough to sustain the location with the desired profits required.

They got out, and they got out fast. Kevin listed the business on Craigslist and found a new owner. Trained him for two weeks, and then came back down to San Diego to focus on their target market.

Trying new things pushed him back into his niche: every experience is a learning experience, and they carried lessons back to the business that they will continue to use through their entire business.

As you can see, Kevin didn’t always have control in his business, especially while waiting for approvals, permissions, or contracts.

What do you have no control over in your business? Is it timelines? Are you waiting for contracts, or approvals to come through?

Instead of stressing over those things that you can’t control, take a step back and dig into the nitty-gritty of what you CAN control. If you were to take a piece of paper, and list every obstacle in your business, you can put everything into two columns.

Are you choosing to not stress over these things, and allow yourself to be creative? What are some creative solutions you have found to things you can’t control? Tell me in the comments.