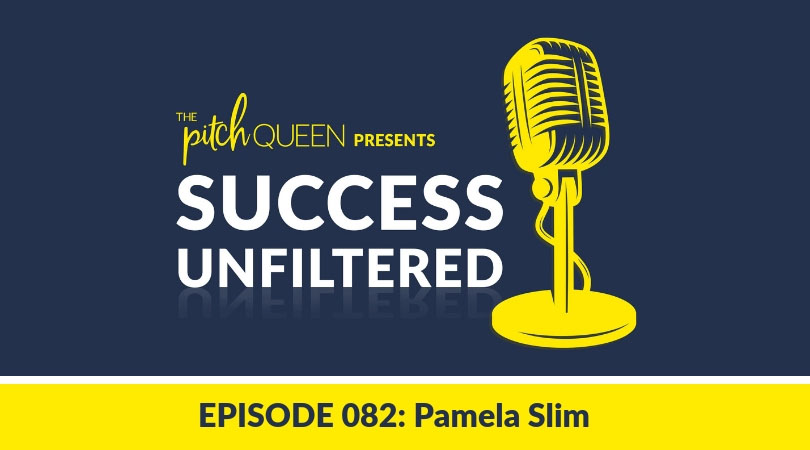 Let me ask you a question… Have you ever considered that hearing NO is a good thing in business?

As an entrepreneur, your goal should be to rack up as many NO’s as you possibly can.

Does that sound a little crazy? Probably. But, hear me out…

The more frequently you hear NO, the closer you are to eventually getting your YES.

There is not a single entrepreneur out there who started their business, walked in and did their first pitch and walked out with a million dollar deal. It just doesn’t happen.

However, the problem isn’t necessarily hearing the NO’s, it’s how we react to the NO’s we receive. And, let’s be really honest, we’re never really taught how to react to NO’s in sales.

We assume that every NO we hear is another notch on our belt of failure. When, in fact, that couldn’t be further from the truth. Obviously hearing NO means you didn’t make the sale, but that doesn’t have anything to do with you or your worth.

One of the best things you can do for yourself is to learn to keep these experiences from turning into negative beliefs about yourself.

You can’t be afraid to fail!

This is exactly why I brought my podcast, Success Unfiltered, to life. I want to help you, my Royal Family, understand that every single successful person has dealt with NO’s and rejections and they have come back from them, better than ever.

NO’s are going to happen, it’s just a matter of how you deal with the NO’s that you’re given.

If you’re like me, in the beginning of my sales career, I’d hear a NO and resort to ice cream.

I’d go home, curl up on the couch with a pint of my favorite Haagen Dazs ice cream. Obviously the ice cream was delicious and I was hoping it would solve my problems, but it never did. I’d end up just feeling worse for having overdone it on the ice cream.

Instead of dwelling on the NO’s and trying to avoid them, work on stacking them up! Know that every single failure (or success) is an opportunity to learn.

You can learn what you did wrong. How you can do better. What you need to do to prepare yourself for the next time you pitch, etc. Just STOP avoiding NO’s!

The better you get at hearing NO, the quicker you’ll bounce back!

I know it can feel like your world is ending, and there won’t ever be another deal for you, but most of the NO’s you’ll be given won’t be permanent.

There are lots of times where the timing just isn’t right for someone to work with you or buy your products.

For Pamela Slim, a guest on Success Unfiltered, this happened with her first (and her third) book. Pamela was 100% sold on the idea of her first book, “Escape from Cubicle Nation.”

Pamela knew that by writing this book that gave strategic steps on how to escape your job and pursue your passion, she would have a hit book on her hands. But, in her initial meeting with her publisher, Penguin Portfolio, they told her that her book was too pedestrian. Hearing that feedback was like a knife to the heart for Pamela.

Instead of wallowing and thinking she’d have NO other chance at working with the publisher, she decided to put her head down and continue blogging (on her blog at the time Escape from Cubicle Nation).

Finally after EIGHTEEN months, Pamela heard back from Penguin Portfolio. They told her that they had been listening to her podcast, and loved her blog. And, because of those things they asked her if she’d like to publish her first book with them.

It was because she had poured herself into her work, creating new ideas, learning from her previous mistakes, that in the end her book was published, and went on to win an award.

In the end, we all want to do great work for ourselves, and of course for our clients. So, if it takes a little bit more time, it is WORTH it!

You Need to Maintain Confidence

I know that Pamela’s story isn’t everyone’s story. Not every client (or publisher) will come back around. But, even if they don’t, the one thing you have to maintain through the NO’s, is your confidence, and trusting that someone or something else will come along.

I believe that it’s healthy to have confidence in what you do. If you don’t believe in your work, how will anyone else believe in it?

When Pamela initially created her blog, Escape from Cubicle Nation, in 2005, what she was sharing was kind of weird. She had a different voice, and people didn’t quite understand what she was talking about.

But, Pamela firmly believed in what she was sharing. She knew that there was a way for people to make a successful living, without needing to be locked away in a cubicle for their life.

It’s that confidence that kept Pamela fueled even when she heard NO’s from her publisher and from other clients that she had wanted to work with.

You absolutely MUST have a healthy sense of confidence and positive ego, to help carry your idea forward, even through the tough times.

When it came to stacking up rejections for myself, it was really beneficial. I was able to learn so much from each and every experience once I understood that hearing NO is a good thing in business.

I didn’t get the deal on Shark Tank, but what I learned by not getting that deal was that the Sharks didn’t really know the fresh prepared food space. Had I been offered a deal, it may have taken my life in a whole different direction than I am now heading with The Pitch Queen brand and Success Unfiltered.

So, go out there and get as many NO’s as you can, learn from them and then keep pushing forward to get those YES’s.