Why You Should Go With Your Gut If You Crave Success 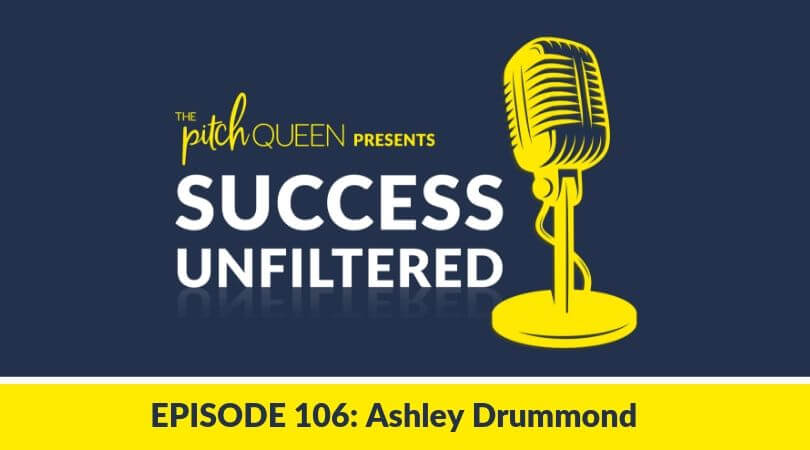 Have you ever pitched an idea to a company or an investor that you knew would be the key to your success? If they would say YES, you just knew that you wouldn’t fail. You knew that it’s the right opportunity for you because you knew you had to go with your gut.

That one deal would change everything.

When still had FITzee Foods, we were working with a supplement company to put together custom prepared meals. This company had products in GNC, so we were excited! This would be our big chance. These custom prepared meals were tailored to specific macronutrient needs, and it looked like the perfect opportunity for FITzee Foods to expand its wings with a Company with a massive customer base. We signed a monthly retainer agreement and went to work.

I went back and forth from San Diego to New York, working on the custom meals, logistical specifics with their ecommerce team and fulfillment requirements.

Then, just one and a half months into our retainer arrangement, we were given devastating news: “We’re going in a different direction.”

It was all gone; all that work, the dream, the opportunity, and the thought of not failing.

This is an evolving process and it’s important to focus on trusting yourself, being yourself and surrendering to whatever happens.

A guest on Success Unfiltered, Ashley Drummond, created custom pancake mixes for Weight Watchers, just to be told 7 months into the process that they were going in a different direction.

Ashley, a fitness model, and an instructor would prepare for photo shoots by drinking protein shakes. She’d avoid all the foods she loved and was miserable!

One of her favorite foods was pancakes, so Ashley experimented and finally came up with a protein pancake recipe that she loved.

As a personal trainer, her clients asked her for advice on food, and she’d share about her pancakes. They were excited to learn about them and asked if they could purchase any.

She was putting the recipe together, in plastic bags, labeled with a sharpie. That’s when Ashley decided it was time to turn her pancakes into a business.

After all, she wanted to be able to do more to impact more people: as a personal trainer, she could only help so many people. There were only so many hours in the day.

So she began researching how to create and sell her pancake mix. She was already selling 4-5 bags per week, and she was ready to grow!

Ashley had paid for a business coach – more than $10,000 to be part of his coaching program! – and went to him with her idea.

“I know you’re connected,” she said.

He started laughing. “Nobody’s gonna buy your product,” he said. “You need to stop now save yourself the hassle. This is cute that you think that this is something you could turn into a big thing. But let me just save you the stress.”

Devastated, Ashley went to her dad, and to a friend. “This was such a stupid idea,” she said. “I’m such a failure.”

It took a few weeks for Ashley to pick herself up from that NO, but she did and decided that she was going to go with her gut.

“I am a firm believer that you know when we’re faced with decisions in life we tend to seek outside opinions because we were fearful,” Ashley says. “We’re scared because if we solely go with our own gut intuition and it fails then we feel like somehow we have failed. So we look for other people to tell us what to do.”

Through this experience, Ashley learned to listen to her intuition and keep pressing onward.

When a MAYBE Turns Into a NO

After appearing on Shark Tank, Ashley didn’t know what to expect – but she didn’t expect to be wondering what was next.

“I really started searching for business opportunities that I thought would be in alignment with both the mission of my product and the mission of whoever I partnered with,” Ashley says. This thought process is what led her to reach out to Weight Watchers.

Since their mission was to help people achieve healthy lives without extreme diet regimens, Ashley felt it was a perfect fit for ABS protein pancakes.

Weight Watchers asked Ashley to create a custom formula for them with specific macronutrients for their audience. She jumped at the opportunity! And, on a conference call, they liked what she had prepared, and asked her to come and host a demo for them.

“It was more nerve-wracking for me to sit in front of the board of Weight Watchers Executives than it was for me to go on Shark Tank,” Ashley says of her experience. She had to make pancakes for a big group of people.

However, she didn’t need to worry… It was a hit! They loved the pancakes she had formulated. Four months of hard work paid off.

She went home and waited to hear back to finalize details.

Ashley waited seven months before she finally heard an answer. Unfortunately, Weight Watchers reached out to let her know that they had decided to go in a different direction.

“It’s like putting your heart and soul into a new relationship,” Ashley says. “You feel one hundred percent confident that it’s all gonna work out. And then one day they just go, hey, you know what, it’s not working.”

Devastated by her big NOs, Ashley decided it was time to take a break.

She set aside her business, and went on her own “Eat, Pray, Love” journey; moving to California. While she traveled, she found herself going back to one fundamental thing: why was she trying to run her business.

It wasn’t so much about hitting goals; it was about making an impact.

The time she spent in reflection and refocus helped her to find her purpose in business.

When it comes to business and success, Ashley has advice for fellow entrepreneurs… “Don’t get caught up in the illusion that there is one thing that’s going to do it for you or fix you or validate you or just make you wildly successful and then all of your dreams come true. That’s not the way life works.”

When it comes to business, entrepreneurs often chase the illusion that something – whatever it is – will be the one thing that will completely change their business  and solve all their problems. That one client, or that one sale; whatever it is.

But Ashley warns against the illusion.

“Trust yourself. Be yourself,” she says. “Just have fun and enjoy yourself with whatever you’re doing and then trust that in that process it’s going to work out in the best way possible.”

Ashley knew that she had created an amazing product, and was ready to share it, but was faced with quite a few devastating NOs. If those had been a YES, it would have completely changed her business … or would it?

When it comes to your business, are you chasing illusions, or are you having fun and serving people with what you have to offer? What illusions might you be chasing in your business, and how can you overcome those? Tell me in the comments!