The Unethical Side of Sales: When a Business Manager Goes Bad 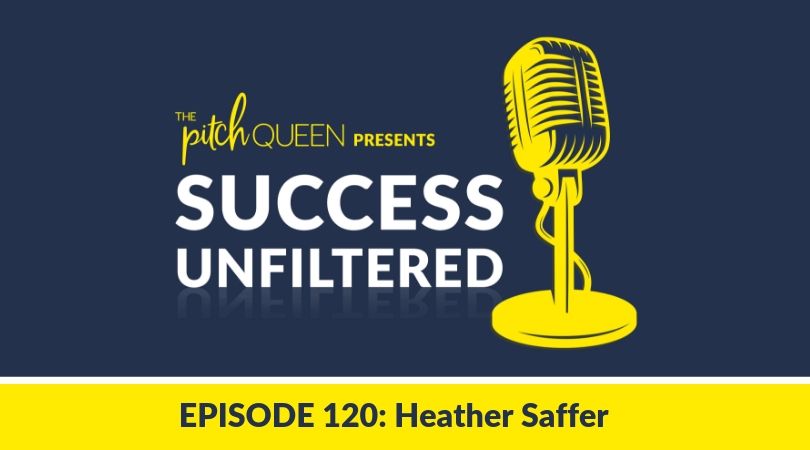 Do you spend time vetting a business manager, investor or an employee?

I’ve found that it takes about three months for a person to show their true colors: the good, the bad, and the ugly.

Often, when people are just starting out in business, especially when they don’t have experience, they sign up to work with the first person who is willing to help them!

I tried to avoid this with someone. We’ll call him Charlie.

Before I started FITzee Foods, I subscribed to a meal delivery service that Charlie ran. Every three months, I would pay for the food.

But soon, I found out that it was a mess. Charlie would spend money right and left as soon as a client would pay him, and then not have money to pay his vendors.

He later came to me, asking for help, but I said NO!

I knew I could do better, and started my own company, FITzee Foods instead.

But Charlie didn’t go away. He would make fake orders under his significant other’s business, and I would fulfill them. Little did I know that he was stealing my potential clients, and I was the one who was fulfilling the orders! So even the “sales” relationship we tried to work out didn’t work out in the end.

I only found out about his unethical actions clients  called me, informed me that there was a charge on their card for food, but that I had not delivered.

When you come across unethical people like that, you need to say NO and run in the opposite direction. Unfortunately, many beginning entrepreneurs feel desperate, and end up saying YES to the wrong people, Which in turn hurts their business. Which is exactly what I did since I was desperate for help on the sales end when I first started the business.

Some of entrepreneurs  even lose their entire business as a result of aligning with an unethical person.

Heather Saffer, a guest on the Success Unfiltered Podcast, decided to leave her job working at a car dealership, and taught herself how to make amazing cupcakes. She didn’t know how to start a business, though, so she started working with a business manager who claimed to be able to help her. Little did she know that he would end up conning her out of her life savings, and she would have to shut down her business. You’ll be inspired by how she went on to win both a deal from a shark on Shark Tank and Cupcake Wars!

After leaving her job at the car dealership, Heather decided to start a cupcake business. She was completely clueless when it came to knowing the ins and outs of running a business.

She was in over her head and needed help… STAT!

When she was approached by someone who claimed to know how to run a business, she was a little skeptical, but desperate. When Heather googled him, she didn’t find much, so she decided to go ahead and hire him as her business administrator.

When you’re approached by a potential business partner, business manager, or investor, how much research do you do to learn about them?

Do you just do a basic Google search for their name, or do you dig deeper?

Today, with the internet, you can do a lot of research before you say YES! Google, LinkedIn, and any social media platform can help you know if they are someone worth working with, or if you should stay far FAR away.

Ask for references. If they are serious about business and working with you,  they should have a list of people that you can call to learn more about them, their qualifications, and their success stories. You’ll also be able to ask questions about their failures.

Things like, “How have they handled past rejections and NO’s?”

If you can’t find any information, then let time show you everything you need to know. People’s true colors will show themselves after 3 months or so. Just ensure you are hyper-vigilant on watching their work.

After a charity event costing $20,000, Heather was shocked to get a call from an angry customer. That shock turned into horror when she found out why that customer was angry: this customer’s credit card had a pending charge of $20,000 on it, from Heather’s business.

When she tried to contact her business manager to find out what had happened, he had disappeared.

The damage was worse than she had thought. Her business administrator had been using Heather’s checkbook to pay for things like his car payment and child care.

Vendors were unpaid and customer’s cards had been used for expenses.

After Heather had been conned from her life savings by this unethical business manager, she had to deal with the aftermath – it didn’t just go away.

Over and over, she had to appear in court as vendors were suing her business for non-payment. She had to take care of the issues that arose as a result, and work hard to regain relationships and keep the business running at the same time.

Her work spent fixing his mistakes meant that her entire life savings had been wiped out, and was left with only $200 left. However, through all of that, she had been able to reclaim her good name, despite the business manager being unethical.

Eventually, the man was caught (while trying to use one of her checks), and sent to state prison.

Be Ready to Start Fresh

All throughout the mess of cleaning up after dealing with the unethical partner, business continued as usual for Heather – at least, as much as it could.

Her shop was still open, and people were still buying her amazing cupcakes. Her product was in high demand.

She kept the process of cleaning up from this mess with her business manager private, but it would impact her business, as vendors were suing for unpaid invoices.

Eventually, Heather was forced to close her business, and started a new one, doing the same thing that she loved: making cupcakes.

Making the decision to close a business is never easy, but sometimes, after a situation like Heathers, it is the right thing to do.

Starting a new business is like having a blank slate: you don’t have the “sins of the past” haunting your new business.

When something like this happens, it’s important to take the time to learn from what went wrong (and what went right) and apply those lessons to a new business.

Heather struggled in the early stages of her business, but those hard-earned lessons taught her skills that she used later to be successful in her new business, Dollop Gourmet. She went on to not only win Cupcake Wars, but to then successfully pitch investors on Shark Tank with her vegan, gluten-free, non-GMO frosting. She’s even published her own cookbook of frosting recipes.

Heather went through hard times with an unethical business manager, but learned lessons that she was able to apply to her future business endeavors

What are some warning signs you look for in potential investors and partners? Share them with us in the comments so we can all learn more together!