Are All Sales Manipulative? The Difference Between Manipulation and Persuasion in Sales 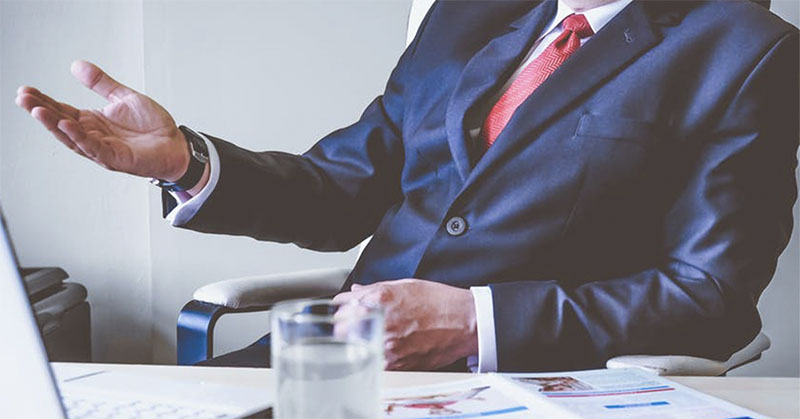 Let’s address the elephant in the room…the feeling of manipulation and persuasion in sales.

Not all sales are manipulative. In fact, if you come from a place of authenticity, your ability to have powerful sales conversations can actually serve your prospects.

With that out the the way, let’s first define what I mean by manipulation and persuasion in regards to sales.

Manipulation really means that your intention is merely just to maximize the sale for your own benefit.

Persuasion in sales comes from when you actually do have really good intentions, and that you want to help your prospect.

I hear a lot of people say they don’t want to persuade someone to work with them, but you really kind of do. If you want to provide a service to your prospects that will help them, serve them, and add value to their life then it’s your job to help persuade them to make a decision to work with you.

There’s nothing wrong with that!

Of course, there are times when someone is manipulating a prospect and doesn’t mean to, but oftentimes it is very intentional which is exactly why sales get a bad rap. People are terrified to sell because they automatically think they’re manipulating people. How do you turn this around?

The number one sales technique to avoid is giving people false scarcity tactics.

Scarcity tactics can work, but you don’t want to take it too far. Shameca shares that she does not like these techniques because it doesn’t feel good for you (as the business owner or salesperson) energetically, and your prospects will most likely pick up on that.

Instead of telling someone that you’re only accepting ONE MORE PERSON into your course, try creating a sense of urgency without manipulating.

First and foremost, ALWAYS tell the truth! Sales happen when the client believes that they can have what they want by working with you, and they feel they’re making a good decision to do so.

When you can show your prospect that you can help them achieve their dreams, they then decide for themselves that they’re going to buy. When this happens, not only do they buy, but they’re FULLY invested in working with you.

You’ve likely bought yourself a client for LIFE!

We are influencing people every single day. And believe it or not, we are being influenced as well.

The sheer fact that you are having a conversation with someone, you are likely to influence them.

Shameca shared a great example of manipulation that she cannot stand.

As entrepreneurs, we are always connecting with new people. It’s normal to network and try to get to know the people you’ve met. But if you go into it actually planning to sell your services instead of creating a mutually beneficial relationship, it will almost always backfire.

If you are asking someone to get on a call with you to share your services, just be upfront about it! Don’t say you want to connect and then start pitching your services.

People will pick up on this quickly, and if your intentions aren’t good it can lead to a loss of a sale simply because you weren’t honest. Avoid this form of manipulation at ALL COSTS!

If you have someone on the phone to have a chat and catch-up, stick to that. If you discover that you could truly help them during the conversation, maybe invite them on sales call down the road. Everyone involved will benefit if you handle it this way!

Know What Persuasion in Sales Looks and Feels Like

Now that you know what NOT to do, how can you use the powers of persuasion the right way?

A really effective way to persuade people to utilize your services are case studies or testimonials from past clients. With those case studies, you want to share the successes and wins of people you’ve worked with. I know that this can feel weird at first, almost like you’re bragging. But if you come from a place of serving your clients, it won’t come across as bragging. You simply want others to know about what you do and how you can help them, so that you can help make their lives better!

Remember, if someone says that they’re getting results by using your method and you can showcase that in some way, it is a great way to use persuasion in sales. And there’s NOTHING manipulative about it!

I personally help a lot of accountants learn how to sell from a place of service for others. I’ll be honest, most accountants don’t like sales. They don’t start their practice thinking they’re going to have to sell, but after working with so many of them, they’ve learned that showcasing other’s stories is so powerful AND authentic.

A side benefit of sharing the success of past clients is a boost to your credibility. Who doesn’t love that!?

Let’s say you just sent a proposal to a new prospect and they were gung-ho on the phone. They said they were interested in working together and that they’d get right back to you.

I know it’s hard to hear, but I want you to protect yourself and your business! This happens more than you’d think. It’s even happened to me.

If you’ve followed-up a couple times and all you’ve heard are crickets, let it go.

This happened to me when I was contacted by an investor who was interested in acquiring the FITzee Bars. It sounded like a sure thing!

He was working on getting other investors to go in with him because it was going to require about $250,000 to get things going the way we had envisioned.

He waited ONE WHOLE YEAR before coming back to me and saying that he wasn’t able to get enough investment money and would have to drop out of the offer.

This was definitely not the outcome I wanted, but I didn’t chase the deal. I knew it was best to let it go and find people who really wanted to work with me and who were also very serious.

In the words of Shameca, “I don’t like chasing people for sales, and so I allow people to come to me. I create containers where they come to me.”

I’ll be honest, I don’t like the manipulation matrix, and Shameca agrees. We don’t believe that ANY form of manipulation in sales is okay, but persuasion in sales can be something different.

I think Shameca says it best, “Tell the truth, the whole truth, nothing but the truth so help you God.”

Rather than use any form of manipulation, let’s be in service to people. Let’s support our clients in the best way that we know how and help lead them to the best decisions for them.

Shameca is a HUGE fan of taking a stand for people. She will push her clients during sales calls, but only when she knows she can support someone. If she sees that fear is holding them back from stepping forward, she will take a stand and approach them with how she can serve them.

If Shameca is in the middle of a sales conversation and shares the price, many times her prospects will grow quiet and contemplative.

Instead of pushing them to respond in a way that she wants, she just waits for them to come to a resolution. There are times when it takes a long time. It can be uncomfortable, but if she’s going to help people step through their comfort zone, they need to come to their own resolution or decisions.

A prospect has to want to invest in themselves in order to have any sort of success. If you push them into something, they won’t experience the success they deserve. They just won’t put the time or effort in.

Shameca drops some serious knowledge bombs on us, and I LOVE this one…

Shameca says, “I can’t decide what’s valuable for a client. Only they can. They determine the value. I can only have intentions to bring them value.”

If you set your intention to be of service to the people that you work with and your client is open to it, you will be! There’s no way for it to not happen.

Of course, there are ways you can add value to packages and services that you put together, but in sales it’s all about giving them all that you can and then letting them choose what is of value.

Most people think that value is adding stuff on. And, honestly, this can be so overwhelming and leads to confusion. People are now so full of information that they can’t make a decision on what they actually want. Adding things on isn’t always a good solution.

So, our advice? Step back and let your prospects or clients determine the value they see!

Sales aren’t automatically manipulation. Selling and persuasion in sales is actually a good thing! It’s an amazing opportunity that you get to connect with a potential client. It allows them a gateway to find and get what they truly desire to have in their lives.

If you are coming from a good place and can be of service to your prospects, go ahead and make your offer. Just be sure you are providing value, and that your heart is in the right place so that you are persuading and not manipulating.