Feeling Starstruck At Your Networking Event? 3 Steps To Approaching Influencers With Confidence! 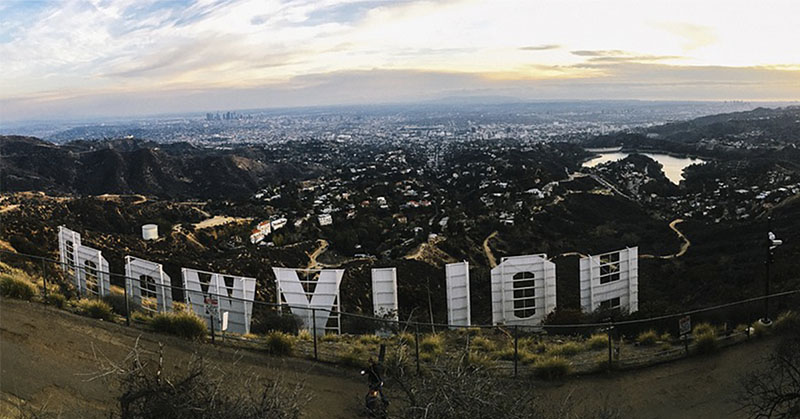 Approaching influencers can be terrifying. You’re at that epic networking event with the biggest names in the business. Only you’re there because you MEAN business.

You’ve got a chance to connect with your “biz-crush,” that big-name influencer that you’ve been dying meet. And you’re bound and determined to bust past your fear and go say hello. For real this time!

But then you walk around a corner and BOOM–just like that, you’re gasping for breath. Your person of interest is standing right there, and your pathway is clear.

Your heart starts pounding in your ears. That “fangirl” mode kicks in big-time. And before you can say, “Hey, I love your work,” you’re running the other direction.

So much for that golden opportunity, huh?

One of the best parts of networking events is the opportunity to mingle with leaders, changemakers, and celebrities as though they were everyday people. The trouble comes in when we forget that they actually ARE everyday people and end up not approaching influencers because we’re scared!

What’s worse is that more often than not, if you fall into starstruck mode at the wrong moment, it leads to serious regret.

How do you get past that momentary gut-punch of fear when you realize that your hero is standing five feet away from you?

My friend and colleague Ross Jeffries is no stranger to cultivating strong connections. And he’s got some wise words for anybody who fears meeting their idols in the real world.

“When we’re not where we want to be and we look at other people who are, we’re often filled with envy,” says Ross. “If you can take envy and turn it into admiration, then take admiration and turn it into connection with a mentor, you’re really going to move. Because people who have succeeded are eager to help those who are looking for guidance.”

Easier said than done, right? How do you really find the confidence to approach anyone, any time, regardless of their perceived status in life?

You can do it. And with the help of Ross’ unique communication tips, you can start building that confidence right here, right now!

So where do you start?

Ross puts it this way: “I treat everyone equally. Because there are no big names, there are only vast opportunities.”

Just like networking anywhere, the key is NOT a snappy opening line. It’s about approaching influencers with a desire to create a genuine connection.

It means talking less and listening more. And it means remembering that at the end of the day, we’re all only human.

How do you put these theories into practice?

Ross and I are sharing 3 steps to take you from a meek wallflower to a confident social butterfly, even if your all-time hero is on the guest list at your next networking event!

Let’s get you ready for networking with the stars!

Step #1: Create a connection with genuine curiosity. How do you start a convo with the person that has it all? Ross recommends doing something that is so obvious that most of us look right past it: being sincere, honest, and most of all, creating curiosity.

Ross recalls the time he connected with one of his all-time favorite mentors, the late great copywriting genius, Gary Halbert. How did Ross get on this big-name influencer’s radar?

Now, Ross doesn’t recommend that you necessarily make your communications with anybody that brutally honest right away! But it is an example of a compelling way to connect with people using a technique known as the “pattern interrupt.”

Consider what the average influencer sees every day. People ask the same questions, in the same way, day in and day out. You can imagine that eventually, everyone looks and sounds just like the last person.

But if you can shake things up even a little bit with a line that’s a little offbeat, you break up the sameness. And just like that, you’re on their radar!

That’s the gist of a “pattern interrupt.” It’s saying something so unexpected that you create a momentary window. A window that can lead to a deep connection when approaching influencers.

For example, instead of asking someone how they got started in their field (zzzz!), try this…

“I would say something like, ‘I really admire your work and I admire your mission. I’m just curious–how did you first discover that this was the passion that even today you continue to grow into?’”

Ross calls this a “deep dive question.” That is, a question that opens the door to a deeper connection a LOT more than that everyday chit-chat.

Because when you ask a deep-dive question, you’re doing more than asking for a simple answer. You’re asking someone to dive into their own consciousness.

Talk about a conversation starter, right?

And asking the bigger questions actually makes networking more exciting for you, too!

No wonder people hate going to these kinds of ordeals!

So instead of going for the obvious question, tap into the other person at a deeper level. Not only will it improve your chances of making a true connection, but it’ll also make networking events a LOT more fun and a lot less tedious.

Step #2: Do You, Boo (And Forget About “Making An Impression”) If one of your worries about approaching A-listers is sounding like just another fan, you’re not alone! But setting yourself apart from the crowd doesn’t have to be a challenge. And newsflash: you DON’T have to “make an impression.”

All you have to do is do the one thing that nobody else on the planet can do–be YOU.

“Essentially you have to have your own style and you have to know who it is that you want to attract,” says Ross. “If you try to be like everybody else, then there’s no reason for people to choose you.”

So find your own style, and don’t worry about what other people are doing, asking or saying.

Second, forget about making an impression. Instead, be a good listener.

As you create that curiosity by asking a leading question from Step 1, listen when the other person responds. Let them be heard.

Remember that networking, just like sales, is not about you. And just because you’re talking with a Shark Tank Shark or the owner of a Fortune 500 company doesn’t mean that this rule doesn’t apply!

Show everyone you talk to that they’re understood in a way that is deeper and more profound than they’re used to. Keep this in mind and you won’t go wrong–even with the A-listers!

Step #3: Slay That “Starstruck” Beast With “Compassion Confidence.” Not too long ago, I went to an event in San Diego and had the opportunity to connect with the one and only Daymond John. Did I get nervous and starstruck? Of course not. What DID I do?

I approached him with respect as well as what Ross calls “compassion confidence.” In other words, I honored his achievements while at the same time recognizing him as a fellow human being.

Compassion confidence means that you see all people as people, regardless of how powerful or successful they are. It also means recognizing that at the end of the day, as human beings, we’re all in the same boat.

Ross puts it this way…

“Some people are further on the path than others in some ways. Maybe financially, emotionally, or health-wise. But we’re all human beings. Fundamentally, we’re all in the same boat.”

When you look at someone who seems to be in a higher place than you are, instead of putting them on a pedestal, look at them through the eyes of compassion confidence. It will make anyone–from your biz-crush to the your childhood hero–a lot more approachable.

And from there, refer to Step #1 and get genuinely curious when you approach them!

“People approach me all the time. And when they do, I’m always humble about it because the honor is mine,” says Ross. “Generally speaking, if you approach people in this way, particularly successful people, they’re pretty humble and happy to give you advice.”

So in other words, if you have the compassion to see even the big names as fellow human beings, the confidence when approaching influencers will take care of itself.

But what do you do if you’re dying to approach a celebrity with compassion confidence and ask that curious question to make a connection, but you haven’t found the right opportunity?

Ross has a bit of a tough-love approach to this dilemma!

“You always have the opportunity. There’s no excuse,” says Ross. “If you don’t know what to do, take a bold and even absurd step forward. Never underestimate the power of boldness married to absurdity. It can do amazing things.”

And finally, remember one last key point when it comes to making bold moves in life: don’t take any of it too seriously!

“If you’re serious, you’re dead,” says Ross. “You can be thorough without being serious. Because seriousness is quicksand for the Soul.”

So no matter who you want to connect with, from the latest rockstar marketing guru to a Hollywood A-lister, take a deep breath, shake off that fear, and remember not to take yourself too seriously!

Then recognize everyone’s humanness, get compassionately curious, and ask genuine questions based on the desire for a true connection.

You never know where that kind of courage will take you!

Want to get ALL the stories, extra tips and tricks, and a few hilariously jaw-dropping moments about approaching influencers? Join me and Ross for this FULL episode of Coffee Is For Closers and never fear networking with the stars again!