Is “Stage Fright” Stopping You From Business Networking? 5 Steps To Stop It Cold (And Score Your Next Connection!) 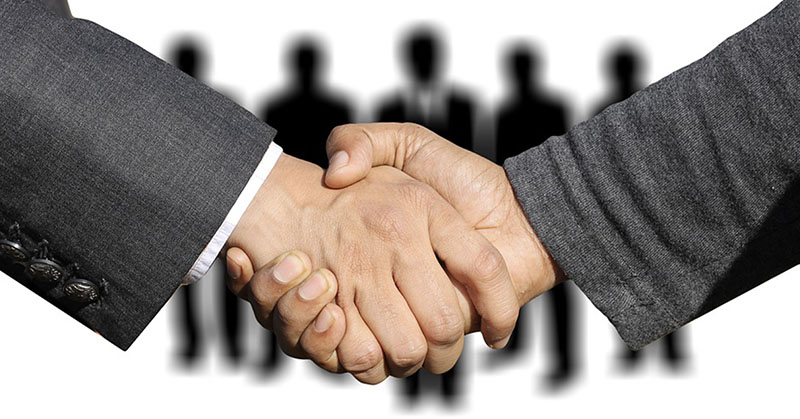 Sometimes it seems that the word networking strikes just as much fear into the hearts of entrepreneurs as the word “sales.”

But contrary to popular belief, networking isn’t about pushing your way through a room full of people, throwing your business card at everyone in your path.

It’s like how Shameca Tankerson, our resident guest on Coffee Is For Closers puts it…

“I say YES to networking, but NO to the traditional sense of what people think it is,” she says.

The truth is that networking might be an old-fashioned idea, but its intended outcome never goes out of style.

But with the idea of “connection” comes the question of communication. That is, once you finally drag yourself off to that convention, retreat, or 3-day extravaganza, what do you say?

Where do you start? What happens if you get stuck in a conversation that you can’t get out of? And what about those (ugh!) awkward silences?

Stage fright sets in. You decide not to go. And the result? You miss out on potential life-changing connections.

But is there something you can do to get past those hang ups, stop worrying about what people might think, and use the power of networking to uplevel your business? Of course!

Shameca and I have 5 ways to help you ditch your fear and be the star of your next networking event!

(Because remember, one or two connections is ALL you really need…)

Step #1: Know who you’re looking for before you go. Maybe you’re hitting a new event to connect with new clients. Then again, you might be on the lookout for a joint venture partner. Or you might be in the market for speaking opportunities this time around.

The key is to know what you’re looking for before you head out the door. Because even though networking is always about connections, each kind of networking has its own little spin.

It’s key to let your mind in on the plan so that it knows who it’s looking for while you’re scanning the room. So know who you want to meet, be intentional, and make a plan before you go!

Step #2: Hit them with a line they’ve never heard before. One thing people dread the most about networking is their opening line. How do you talk to a stranger? What do you say without sounding pushy, silly, or worst of all, boring?

“I actually hate this part of the networking process,” says Shameca. “Because people always ask the most redundant questions that I don’t want to answer!”

I’m guessing you know that drill too. Ordinary, boring ice-breakers like “Where are you from,” or “What do you do” are just as dull to ask as they are to hear, right?

So what DOES make a more effective, high-level networking (dare I say it!) “pick-up line,” so to speak?

“I come up with all kinds of ways to catch people off guard,” says Shameca. “For example I might ask something like, ‘What is the big thing that you’re up to in the world right now?’ And they say,”‘Whoa, the world’?’”

Shameca prefers to be in the moment and make off-the-cuff remarks, and if that works for you too, go for it! If you’re the kind of person who’d rather have a few unique signature lines down first, that’s fine too.

The key is to NOT say what everyone else says. Say something that makes you stand out, grabs people’s attention, and ensures that they don’t forget you.

Step #3: Find a little common ground. Knowing who you’re looking for comes first. Once you’ve got that down, it’s time to start scanning, seeing who’s there, and connecting with your people.

So what does scanning the room entail, and what kind of common ground are we looking for?

“For me it’s like an energetic pull to people,” says Shameca. “Then I find common ground with them in an external way. Like if they’re carrying a Kate Spade handbag. Or they have on cute shoes. Or pink hair. Any kind of external connection point for me, something I know about or can comment on. That’s where I start.”

Step #4: Once you start a conversation, know how to end it. Starting a conversation can be a little nerve-wracking. But sometimes it’s just as tricky to bow out of a conversation that isn’t working as it is to get one started.

And then, there’s the matter of those awkward silences…

So how do you know when to move on from a run-on conversation, how do you shake up uncomfortable pauses, and how do you stay professional in the process?

One way to avoid dead-ended conversations is to simply be straight-ahead from the jump about who you are, what you do, and what you’re looking for in a new connection.

Weave your intentions into all your conversations. And listen for any cues that the other person might be giving you about their intentions in connecting, too.

That way, instead of spending your time on chit-chat, you’re getting to the point and determining whether or not you’ve got a match. And you both can choose to either stay to chat or move along.

But what if that unfortunate awkward silence kicks in, and you’re not sure how to exit the conversation gracefully?

Shameca offers this: “I’m very strategic. I’m talking to people because there’s some sort of interest. So if the conversation dies, I’m either handing them off to someone else or I’m bowing out gracefully.”

So how does Shameca implement the perfect exit strategy when a conversation partner isn’t quite the right fit? “My go-to exit plan is to already have somebody to introduce that person to next,” says Shameca.

“I usually say, ‘It was really great to meet you. Hopefully, we’ll have a chance to connect more in the future, and I’m going to go grab some coffee. Talk to you later,’” says Shameca.

But what if a conversation IS going somewhere, and you want to keep it going after the event?

That brings us to step five…

Step #5: Keep the convo going. What if the conversation is going somewhere? How do you keep someone engaged beyond the scope of the event?

That’s where follow-up comes in.

Let’s say someone has a genuine interest in what you’re selling, and they’re asking for more information. Is now the moment to keep talking, start selling, close a client right there in the middle of an event?

So instead of diving into the pitch right then and there, you transition the conversation into something concrete on the calendar for later.

I usually follow up with people within a day or two of the event. And the more unique you can be about your follow-up technique, the better!

Here’s one of my favorite follow-up tips that I use when I meet a promising contact, and it wows them every time…

I recommend taking a selfie together and sharing it with that person via email and text.

That way, not only do they have a picture to jog their memory, but you’ve also exchanged contact information! (That’s how I met more than one contact for a guest spot on Success Unfiltered!)

Shameca has a list of go-to tactics as well.

“I don’t just collect business cards and names and then send people random messages such as, ‘Great to meet you,’” she says. “I find out what the purpose of us moving forward is in this connection. And then the follow-up is scheduled then and there.”

The point of a networking event is to make new connections. So make sure that the right ones don’t get away by including the follow-up in your networking plan!

So here is my networking challenge to you…

Set up your strategy. Be clear on who you want to meet. Then get to one networking event this month and make one meaningful and mutually beneficial connection!

Use what we’ve shared with you to seek out the right people, avoid being pulled into time-wasting convos, and keep the connections with the right people rolling in by following up!

You just never know what magical contacts you’ll make when you leverage the power of networking. Your next dream client, JV partner, or a power connection just might be a conversation away. So don’t miss out!

Want to get all the scoop on building power partnerships at networking events? Shameca and I have you covered! Check out this FULL episode of Coffee Is For Closers for even more tips, tricks, and stories that will set you up to smash your network-building goals!