Why a Passion for Business Can Lead to BIG Success 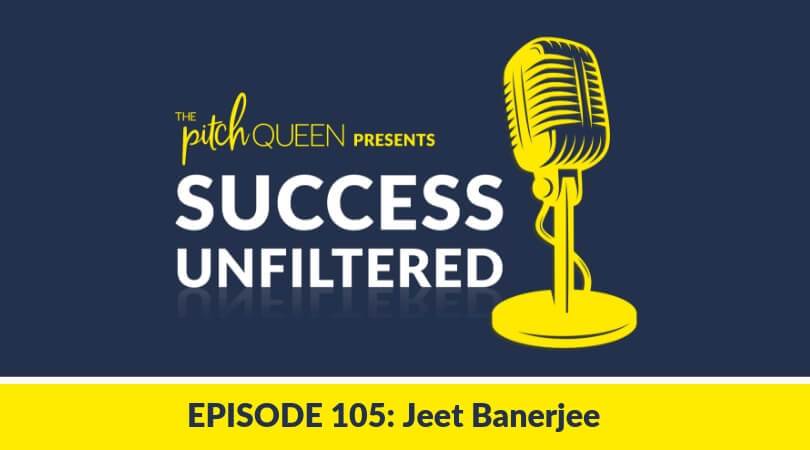 Do you have a passion for business? Being an entrepreneur can often feel like a marriage! I mean, with that 24/7 sales job I am always talking about it!

Those honeymoon months; those first six months to a year are exciting and wonderful, and fully devoted to your new business, then reality sets in…

I started my former business, FITzee Foods because I was and still am passionate about what I put in my mouth. If you know me, you know that I eat healthily, mostly homemade delicious tacos these days, and I am always drinking my green juice, and I drink a lot of water! If I could only drink smoothies, I would.

I started FITzee Foods because I hated cooking, and I hated food. But I had NO idea that I had signed up to be working in the food manufacturing business! When I ponder and reflect on that, I can see why I struggled with the business at times. Most of it I loved but the food making part of it, not so much.

A guest on the Success Unfiltered Podcast, Jeet Banerjee, experienced incredible success as a young entrepreneur. He had two successful businesses and high hopes for his third business.

Then, a NO taught him a powerful lesson…

This lesson changed his perspective towards business and pushed him towards being intentional in choosing the YES he is most passionate about.

Jeet started his entrepreneurial journey at a young age, and he had the babyface to prove it. When he was 17, he talked to a real estate agent, Ken, about how he could help him use social media for his business.

Jeet spoke to Ken on the phone and arranged to come to his office to go over how they could work together, and how Jeet could help Ken.

He’d done his homework, looked up Ken on LinkedIn. Jeet knew who he was looking for, and he was ready. The day of their meeting, Jeet showed up…

Ken stepped out of his office and saw Jeet.

“Hey kid,” he said. “Are you lost? Are you looking for your father?”

Jeet froze, made eye contact for a moment, and then turned and bolted for the door.

He never made contact with Ken again, and that moment almost ended his entrepreneurial journey.

“Everyone said, ‘Oh, Jeet, you’re too young,” he recounts. “But I turned my liability into an asset.”

Whenever clients question his youthful face, he now says, “Yeah, I’m young…let me own it and show why I am the better candidate.”

Lack of Passion for Business Leads to Failure

After he’d had two successful businesses, Jeet had his million dollar idea. He was going to create a social platform for musical artists to connect with their fan base. Never mind that he didn’t know the industry, nor did he have connections to artists.

Jeet had an idea, and that was all it was going to take – or so he thought.

“I broke my rules of business,” Jeet says. He heavily invested his money and time into it and kept throwing in more money (his typical method was niching tightly, and keeping the budget low).

When it came time to connect with investors and artists, Jeet heard NO after NO after NO. 75 to 80 times – the NO’s added up quickly.

Eventually, the business had to close but left Jeet with an important lesson.

“You have to go after what you are passionate about and know a lot about,” he says. “The learning curve is less, then.”

Jeet compares business to marriage, you invest your time and effort into it. You have to know that you love it and are excited about what you do.

“The greatest idea in the world can fail if it doesn’t have the right person behind it,” Jeet says – and he’s right!

Their parents just asked for one thing: show us what’s so special about your business, and why you want to pursue that.

Jeet and his friends filled out application after application to the top incubators in the country. One by one, they heard a NO! They heard 20 NO’s in the process of applying.

“I’ve always been competitive,” Jeet says, recounting all of the NO’s that he heard, over and over. “Receiving NO’s never bothered me, but I can’t let the last thing that happens be a NO.”

Undaunted, they kept applying, until finally, they heard a YES! However, it was for an incubator that was not their top choice at all.

“It was one of the best decisions ever,” says Jeet. “Even if they weren’t top-rated, they were literally all-in on our success.” In fact, he’s glad that they didn’t get into the top-rated incubator. “We may not have gotten what we did going to a top incubator.”

The hands-on education they received in the incubator they were accepted in preparing them for success.

And, best of all, the leaders of the incubator took Jeet’s parents for a tour, showing them the amazing education he was getting. Through that, they were able to see how education doesn’t just happen in school.

Through Jeet’s story, you can see how his passion for business directly impacted his success. Have you been able to turn your passion into your business? If so, do you think that has helped you to get through the long nights and extra hours? Tell me in the comments!