Learn How to Pitch Anything and Build Sales Success and Confidence 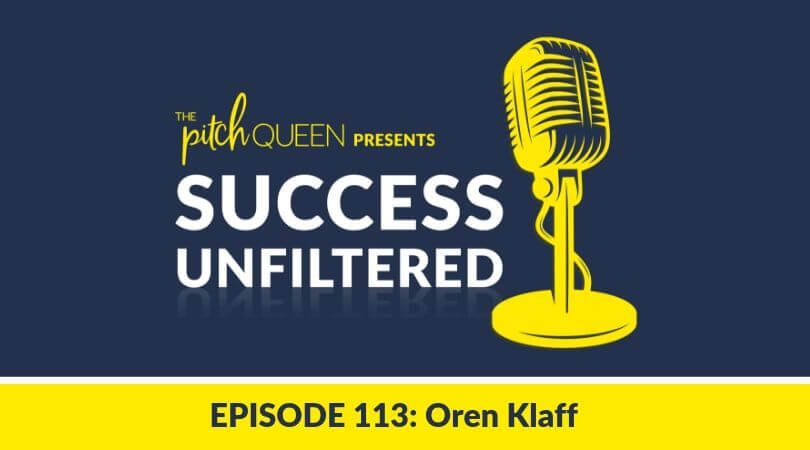 Do you think you’re confident enough to pitch anything? Or, do you need time to work on your confidence before you can go out and sell anything to anyone?

Call it a checkpoint, if you will.

The more you pitch anything, the more you get to know how investors, buyers or clients will react and respond, and you can usually tell if you will hear a YES or NO.

They give you signs of what they’re going to be telling you, and once you learn how to read those, you’ll quickly know what the answer will be.

For me, one of the products that I dreamed of placing into Costco with my last company, FITzee Foods were the FITzee Bars. These meal replacement bars were a perfect fit to the company and to the consumers.

I had a vision for FITzee Bars! These protein bars would be a success – or so I thought. My investor was going to pay for the packaging, recipes, & anything else needed to launch into Costco! They’d be a reality in six months (or so I thought).

My investor kept waffling, giving different stories every time we spoke. First, he was going to get a friend to invest with him, then it wasn’t the right time. The stories kept changing.

After a year of waiting, I realized that we were simply wasting time, and that he wasn’t going to invest. He’d been giving me red flags the entire time, and when I looked back, I was able to identify them clearly.

In the end, I gave the investor my timeline, and shared my standards. It turned out to be a bad fit. Unfortunately, we’d wasted a whole year in the process.

Once you learn how to read those red flags in your business, you’ll be able to quickly connect with the right investors, those who will say YES to your business and your goals. They’ll also be the perfect, strategic fit for your business.

Oren Klaff, a guest on the Success Unfiltered Podcast, learned how to speak the language of his investors, and studied pitching and sales. He watched and learned, and now has proposed deals worth millions! Author of the book, Pitch Anything, Oren knows exactly how to close the deal, and strategically work with the right investors.

…but, it didn’t always come easily for him.

As one of the top executives for a software company in the 1990s, Oren Klaff was in a powerful position. The company was seemingly making millions! However, Oren discovered that the accountants had been double reporting the income: so instead of having millions in the bank, like they thought, the company had nothing left after the expenses were paid.

It was time to find an investor.

Oren started reaching out and pitched investors, and kept hearing NO! Uncertain about what kept causing the NO, Oren began to investigate, launching a lifelong quest for knowledge.

He quit his job, and took an entry-level position at a bank, as an analyst.

He was planning to learn how to, as he called it, “speak the language.” By digging deep into the industry, he wanted to learn how his investors would speak and think, which would allow him to pitch even better.

At the bank, he found a mentor of sorts. A sage, if you will.

The man could close a sale like no one else that Oren had experienced. He was not a good teacher, and he and Oren rarely spoke.

So Oren became a student, and studied that man’s behavior, reverse engineering how he got the results that he did.

From that experience, he learned what it would take for him to succeed in sales: and exactly how he needed to close sales.

Learning to Read the Signs

Oren found that there are specific checkpoints in every sales process that can help you know when you’re going to be able to close the deal. He cites landing an airplane as an example.

A skilled pilot will know where he needs to be in order to make the landing smoother. When approaching the runway, it’s important that the pilot has the plane perfectly in place so that it can land. If it’s not in place, there will be turbulence, or the plane will even have to circle and try to land again.

Part of the process of learning to land the plane is knowing exactly – and often instinctively – where the plane is in the process, and if it’s positioned to hit the runway just right.

You’re coming in to land the plane – giving your pitch. You’re saying the right things to get yourself positioned to land.

When you hear that YES, it means that you’ve landed it perfectly!

But sometimes, you can tell if you’re positioned correctly, or that there aren’t good runway conditions. You’ll stop trying to land the plane, and find a better runway. That’s not failure; that’s looking for a better YES!

Sometimes you have to be the one to make the decision that the sale isn’t the right condition, or that it’s not the right fit. You can read those signs; those signals that your client is giving you, and know it’s time to move on.

Hearing a YES often comes from practice, and learning how to read the signs. Once you learn to read those signs, you’ll be able to close more sales.

It’s important to know those checkpoints so that when it becomes time to close the sale, you’re able to seal the deal, and/or move on.

If you don’t get a quick YES as you’re finishing your pitch, it can be a long NO! And that long NO will be a waste of your time.

When you aren’t able to read the situation, or see the signs, and instinctively know if you’re going to get a concrete answer, you’re going to be waiting or wasting time.

This doesn’t help you in your business: nor does it help your potential investor.

Being able to read the signs and know if this sale is a good fit helps you both to move forward in the best partnerships for both of you!

When you move onward, you’ll be able to invest your time in investors who are a good fit for you and your business, instead of wasting your time waiting for a YES that will never come.

A NO launched Oren’s multi-billion dollar career. His pursuit to learn how to sell led him down an exciting path, teaching others to learn to pitch anything. His hunger for knowledge made him do the hard work to learn the ins and outs of the industry, and has helped him close billions of dollars worth of deals.

What are some signs that you look for during pitches to know if you’re going to hear the answer that you’re looking for? Do you have any specific checkpoints that you watch for, to know if you should continue working with this investor or client? Share your experiences in the comments!