How To Kill The Sale: The Dangers of Talking AFTER The Client Is Already SOLD 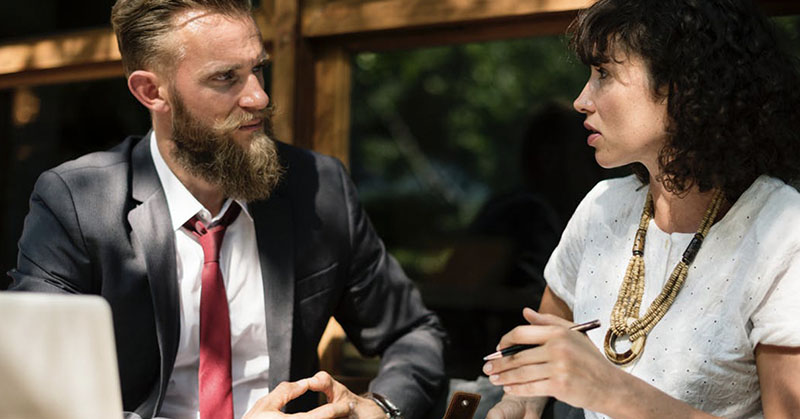 Tell me if you’ve ever been in this situation…

Your prospect is giving you every signal in the book that they’re ready to roll and get started working with you. The YES seems inevitable. All the client has to do is make it official, say YES, and you have a new client.

Finally, the prospect says, “This is exactly what I want. Let’s DO this!”

But instead of saying, “Great, let’s get you started,” something unexpected flies out of your mouth.

Suddenly you’re rehashing all of the details and benefits of your program. You’re carrying on about how amazing their life could be after your time together. Basically repeating everything that you JUST said.

They gave you the green light, but for whatever reason, you’re back in full-scale pitch mode. And before you know it, the prospect that was a sure-fire YES is backing out, turning around, and running out the door. You get a pit in your stomach because you can help thinking, “Did I kill the sale?”

That’s the danger of continuing to sell when the prospect is already SOLD and ready to start working with you. It’s a sneaky way that people talk themselves out of your offer and you kill the sale. And they usually don’t realize what they did until it’s too late.

Author and activist Shiv Khera once said, “90% of selling is conviction, 10% is persuasion.” If your client comes to you with a need, they’ve already got the conviction. It’s up to you to guide them to a decision with a little bit of persuasion.

But here’s the trick: in sales, the decision has to be the client’s idea. You can only show them the way so much, and you can’t put words in their mouth or a desire in their heart. Persuasion only goes so far.

And if you continue persuading when a client is already on board, it can backfire in a big way.

Recently, I helped guide a client to a decision to enroll in my friend’s CPA course. I shared the details and benefits of our program. I played to his vision and showed him the possibilities that working together could bring for him.

But I wasn’t there to convince him of anything, just to help him make a decision. And when he said YES, my job was done. I enrolled him into the program, got his credit card information, and the process to reach his dreams started to begin.

What DIDN’T I do?

I didn’t keep answering the questions he’d already asked. I didn’t continue singing the praises of the program or droning on about what it could help him achieve. I simply enrolled him, welcomed him to the program, and set a start date for him.

That’s the key. When they say YES, the only thing that should come out of your mouth next is, “Let’s get you started.”

And yet so often, the moment a client gives us the GO is the moment when the pitch goes back into high gear. It’s as though you’ve already won but you think the game is still on.

If this has ever happened to you, you’re in good company! It’s a common rookie mistake, and sometimes it even creeps up on more seasoned sales people, too.

Why does it happen, though?

Sometimes you doubt your own ears after they say YES. Other times it’s excitement or fear. Maybe it’s just a case of inexplicable jibber-jabber.

But whatever the reason might be, the root of that fatal error is often the single biggest problem that we as salespeople encounter: making the sale about YOU instead of about the client.

As the salesperson, you need to show the client that it’s their choice to buy, not yours. The way to do that is taking your ego out of the picture, detaching from the outcome, and staying in a neutral state.

That means turning your attention to the client. Because the more you focus on the client, the less you’ll worry about persuading. You’ll be there with them, you’ll listen more than you talk, and you’ll guide them to the right decision for THEIR needs.

And you’ll be a lot more likely to STOP selling when the client says YES.

So how do you move your attention away from yourself and onto the person you’re serving? One of my favorite ways is establishing rapport, finding common ground, and making your story into THEIR story.

How does this work? Let me share an example.

A while long ago, I was talking to a prospect who just happened to grow up in the great state of Minnesota. And what a coincidence that it was–I was born there! So naturally, sharing that detail helped us break the ice and get the conversation started. This is a great way to build rapport and build relationships with your prospects.

And of course, that brought her to a new curiosity about me, and a lot of questions. Where I grew up, neighborhoods we both knew, my favorite local pastimes…

But this is where I used our common ground to set the stage for my future client. Instead of making our sales call into my life story, I worked HER into the conversation to focus on HER and not ME.

After telling her that I used to be a figure skater (true story!), I asked her what she liked to do. It was the perfect moment not only to keep the rapport going but also to step back and give her center stage.

And from there, I let her do the majority of the talking. It took the pressure off of me, it helped me focus on her needs, and kept the conversation flowing in the right direction.

When you stop worrying about the sale and focus on the client relationship, not only is it a big stress relief for you, but it also makes the client’s subtle buying cues a lot easier to spot.

Why is this so crucial? Because knowing when the client is already sold is YOUR cue to stop selling.

How do you know that a client is a YES? Here are a few of my favorite buying cues.

They ask you about the next steps. They say that they believe you’ll be able to help them and that what you’re offering is exactly what they’re looking for to solve their problem. Maybe even that it sounds too good to be true. They’re saying “when” rather than “if.”

And of course, they’re willing to get out their credit card! Because money is the ultimate evidence that they’ve made a decision.

These are just a few cues that your client is ready to go–and that the only thing you need to say now is, “Great, do you want to use Visa or MasterCard?”

But if you decide that now is the time to review the benefits, talk up the program again, and keep the pitch going, the client is likely to rethink their answer.

It’s almost as though you’re saying, “Are you sure?” when they already demonstrated their conviction.

Remember, a client who is ready already has the conviction. All you have to do is provide a little bit of the persuasion. And when you get the YES, that persuasion has done its job and you’re officially DONE selling.

When the customer says YES, it’s a GO. Tell them “thank you,” take their payment, and make it REAL.

How do you keep that nervous banter from making you overplay your hand at the most crucial moment and kill the sale? Join me for this episode of Coffee Is For Closers and learn ALL about knowing when to “shut up and let them sign up!”