How To Avoid The Shiny Object Syndrome for Increased Sales 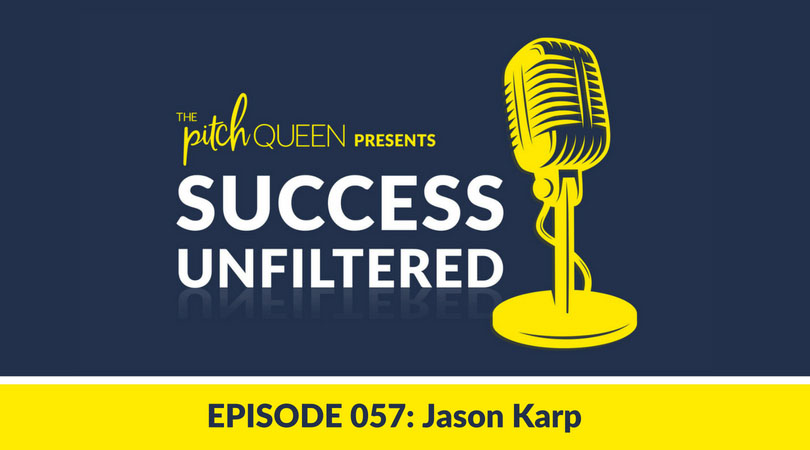 One of my biggest struggles in my last business, FITzee Foods, had to be “Shiny Object Syndrome.”

Shiny Object Syndrome occurs when you think you should be doing something new and different because everyone else is. It can also occur when you want to be everywhere doing everything with your business, and focusing on just one area seems scary & risky.

When FITzee Foods was open, I suffered majorly with Shiny Object Syndrome. There was always a carrot dangling in front of my face. I was never very concerned with focusing on my yellow brick road, which is what my guest, Jason Karp, calls staying on track and avoiding the Shiny Object Syndrome.

I wanted to try everything and be everywhere! We were online. I had a retail store. I got FITzee Foods products in Costco, and I didn’t stop there, I even worked my way into The Vitamin Shoppe. I had a goal to get our products nationwide, and thought that by getting our products many locations, it would happen faster.

But, what I learned was that if I had remained laser-focused throughout my journey, and focused solely on e-commerce, I might have grown faster and not have had to close the doors on FITzee Foods.

I’ve spent a lot of time thinking on this and even through the interviews I do with Success Unfiltered, I sometimes wonder if I had stayed on my Yellow Brick Road, if things would have ended differently.

Don’t get me wrong — The journey I’ve been on was meant to be, and I don’t regret anything, but I love to use my previous failures as lessons learned in an effort to move further ahead in my business now. Those lessons learned can help fuel my future endeavors and the lessons are here to help you too!

For instance, now with The Pitch Queen brand, I am offered opportunities all the time. Recently, I was offered a global sales director position, but my mission is different now, BIGGER! I declined the position to stay the course and stay laser-focused with The Pitch Queen and educating you to sell high-value services without feeling sleazy or pushy so that they can have confidence in your sales conversations and increase your business revenue.

I want to be able to take everything that I’ve learned from my own experiences and from my guests and help YOU, my Royal Family, pave your way on your yellow brick road to success!

The more open I am with my YES’s and my NO’s, the better it is for you and the people you serve.

Stay Focused On Your Path

I get it, maybe you’ve been struggling with your current venture because you’ve had some technical challenges or maybe sales have slowed, but moving on to the next “exciting” thing isn’t the answer.

If you love what you do, and your work helps to define you and your life, then jumping onto the next shiny object won’t help.

My guest, Jason Karp, fell in love with running in the sixth grade. From there he made it his life’s work to do all that he can with the fitness and health field. He got his masters degree, went on to get his PhD. all so he could expand his knowledge and career in this field.

Along the way he’s had road bumps come up that might have stopped someone who was less in love with their career path.

Right out of college, Jason got a college coaching job, but it was part-time, so he needed something to fill the rest of his time.

He went and applied to be a personal trainer in a new gym that had opened near him. After not hearing from the gym for a few weeks he stopped in and was turned down for the job because he didn’t have any experience.

This was disappointing, but it didn’t stop Jason, he kept on going and applied at another gym. When he was turned down at that gym because he didn’t have the typical physique of a personal trainer, he could have left defeated and given up, but that’s not Jason.

Jason’s life was fitness, no matter how many times something tried to deter him, he just kept going until he found a gym that hired him because they valued his knowledge over anything else.

Don’t let anything distract you from your ultimate goals!

Question Whether Something Will Help Advance Your Sales

As I mentioned earlier, I’ve been offered many opportunities to work with other companies, but before I agree to anything I determine whether it will help or hurt my sales progression.

Similarly, Jason is well known in the running world, in fact he’s called The Running Guy, which means that he has a decent following on social media.

Nowadays people and companies seek out individuals with large followings on social media to help sell their products as ambassadors.

Jason was approached on a fairly regular basis, being asked if he’d promote or share this product or that. However, Jason would most often turn them down because he knew that it would just distract him and pull him off his Yellow Brick Road, so he could achieve the goals he set out for.

He knew that if he got so busy promoting other people’s products it would take time away from what he actually wanted to do.

Jason has worked hard at being laser-focused, and doing what’s necessary to be successful, no matter what is thrown at him.

Yes, shiny objects can seem fun and exciting in the moment, but that shine wears off and distracts you from what you really need to focus on. In the end, you’ll be further away from your goal, than when you started.

Get more from Jason: