Time To Put A Ring On It? Knowing When To Ask For the Sale 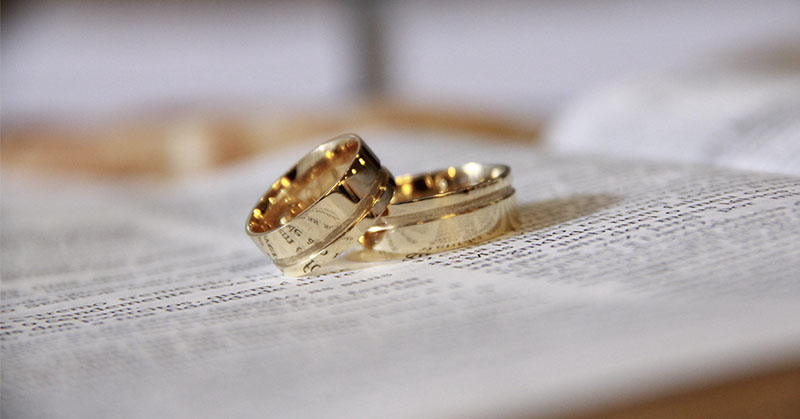 How do you know exactly when to “put a ring on it” and ask for the sale?

You’ve built rapport with someone special. You’ve called, you’ve texted, you’ve spent time with them. The communication is flowing and the connection is blossoming. You’re positive that you can make this person over the moon with everything you offer. You’re feeling pretty confident that when you pop THAT question, you’re going to get a YES.

Let’s say that you’ve built the relationship, you know your worth, and the client has shown serious interest. Everything seems to be flying down the fast-track to a business match made in heaven. The exact moment to ask for the order should be obvious, then, right?

Maybe. But then again, maybe not.

There are clues and cues that your prospects give you if you know what to look for. They will let you know the deal is a go and the time to ask is NOW. People give tips both with and without words that let you know they’re ready to buy. They’re just waiting for you to ask!

How do you catch the hints that let you know it’s a go? Let’s talk about that right here!

Nonverbal Hot Tips to Ask For the Sale

Sometimes a yes doesn’t require words. It’s about reading what they say with their eyes, expressions, and body language. If you’re sitting in a meeting and you see any of the following, it’s probably time to go all-in and ask away.

You’ll probably notice they have a relaxed demeanor and they’re making eye contact with you. They’re listening to what you have to say without any signs of tension, stress or disinterest. Their eyes are on you instead of darting around the room, looking for an escape. They’re connected and focused on the moment and on what you’re saying.

Take notice of how they’re sitting and notice their posture. Are they sitting back with their arms crossed, or are they leaning forward in a more open and inviting way? The moment that someone leans forward is a clue that they’re becoming more open to what you’re saying. It’s another good sign that you’re on the way to the right moment for the question.

They might be showing enthusiasm and nodding as opposed to shaking their head and giving you sideways glances. This means that they love what they’re hearing and are becoming more excited about working with you, which is another major green light.

One of the biggest wordless cues of all is that they’re writing down calculations. If they’re writing it down, you know you’re IN. All they’re doing at that point is confirming the math.

Verbal Hot Tips to Ask For the Sale

What if you do a lot of your business over the phone and eye contact isn’t an option? In that case, focus more on what they say than what they do. Let’s get into a few of the biggest signals that the person on the other end of the phone is a “yes.”

They’re asking a lot of questions about your product or service details. They’re trying to get past the surface questions and get down to the nitty gritty of working with you. This indicates a lot more than a passing interest, and it usually means they’re nearly ready to buy.

You might have people ask to see your products, services or testimonials a second time, or maybe even a third time. That might seem a little strange at first but it’s actually a very positive sign. They just want to review other people’s results a few more times before making their decision. If they’re asking for references again, it’s probably your turn to ask them a question as well.

They might ask questions about customizing options. Your prospect might love what you offer but they also might want to make it even more specific to their needs. If they’ve thought about it that much and they start asking how you can personalize your services for them, it means that they see themselves working with you. Be sure to stand firm about what you do and do not offer here, but at the same time recognize this as a sign of an impending “yes.”

If they’re ready to go they’ll ask about payment plans and options. This means they know what they want and they’re just figuring out the “how.” Don’t hesitate here. Tell them what payment options are available and get them started.

Once you can recognize the cues and clues about when to ask for the sale, it’s time to actually do the asking.

Believe it or not, this is the part where so many people fall short. When you see that the signs are lining up in your favor, you have to take that last step and ask the question.

This can be where the client hits you with this gut-punch question: “How much is this gonna cost me?” It’s a question that can be a dreadful moment for you…OR a triumphant one. Let’s talk about how to make it a BIG win for everyone.

Let’s say you’re a dating coach. Someone asks you how much, what do you say? Do you give them the dollar amount for your program or service? Not yet.

Instead of that, tell them something like this: “Well, how many dates are you NOT going on because you haven’t changed anything about what you’re doing?” It could be costing someone loneliness and misery. It could be costing them the fun and exciting weekends they want to be spending with someone special.

This is what is known as a missed opportunity cost. And knowing how to explain them to your prospects can make ALL difference between “Let me think about it” and a “Let’s DO this!”

It doesn’t matter what you’re selling.

The investment, on the other hand, is the actual money that they pay for your product or service. That’s a whole different ballgame. There’s a big difference between money spent and the degree to which someone’s life can change.

If you are confident that you can deliver for your client and you’re able to communicate the missed opportunity costs in a way that your client can understand, telling them what the actual investment will be should actually be the easy part!

Here’s a little challenge for you: write down three things that your program, product, or service offers that would be a missed opportunity cost for your client. Get to know them well. See and feel their worth for yourself. Selling that part to your client should be yet another slam-dunk.

Jack Canfield once said, “If you’re not moving closer to what you want in sales you probably aren’t doing enough asking.” If you don’t ask for the sale, the answer is automatically “no.” So why wouldn’t everybody ask for the sale all the time?

Let’s say you’re having a moment when you’re sure you’ve got that sale in the bag and all you have to do is pop the question. But then just when you’re feeling ready to ask for the order, that little voice pops into your head.

You DON’T ask, and of course you don’t get the sale.

What happened? That crisis of confidence probably showed up because you not only let fear creep in, but you also didn’t make the important assumption that you were going to get a “YES.”

You have to kick that naysaying voice to the curb, and the best way to do that is to start with an assumption. Assume that you’ll get a yes. It’s a way to start changing those thought patterns from ones of fear and scarcity to assumptions of confidence and abundance.

How can you practice cultivating that confidence and get used to assuming that the “yes” is yours? Simple. Start asking for things. Put yourself out into the world and start making requests for anything. It could be free samples, something that isn’t on the menu, or someone’s phone number.

This can be a serious comfort challenges, but if you practice asking for things and you do it often enough, pretty soon it’s going to be second nature. You won’t worry about getting laughed at, rejected, or ignored. And the more comfortable you get, the easier it will be to ask for the sale. You’ll probably get that “YES” a lot more, too.

I’m putting this into practice for you on my new YouTube channel, and I invite you to join me. I’ve started a challenge called “100 Ways To Get A YES!”  It brings all of this from theory to practice.

Stop by and check out my comfort challenge of the week as I go asking for everything from cutting in line at Costco (and getting away with it) to stepping in and selling DirectTV. You’ll be seeing a LOT more shenanigans (and yeses)!

The point of the series isn’t the thing I’m asking for. I’m not attempting to make a fool out of myself just for the sake of it. I want to show you how to practice the ASKING itself.

If paper and pen is more your jam, check out my FREE guide, “Asking For The Sale: A Guide To Knowing WHEN and HOW To Close The Deal” right HERE!